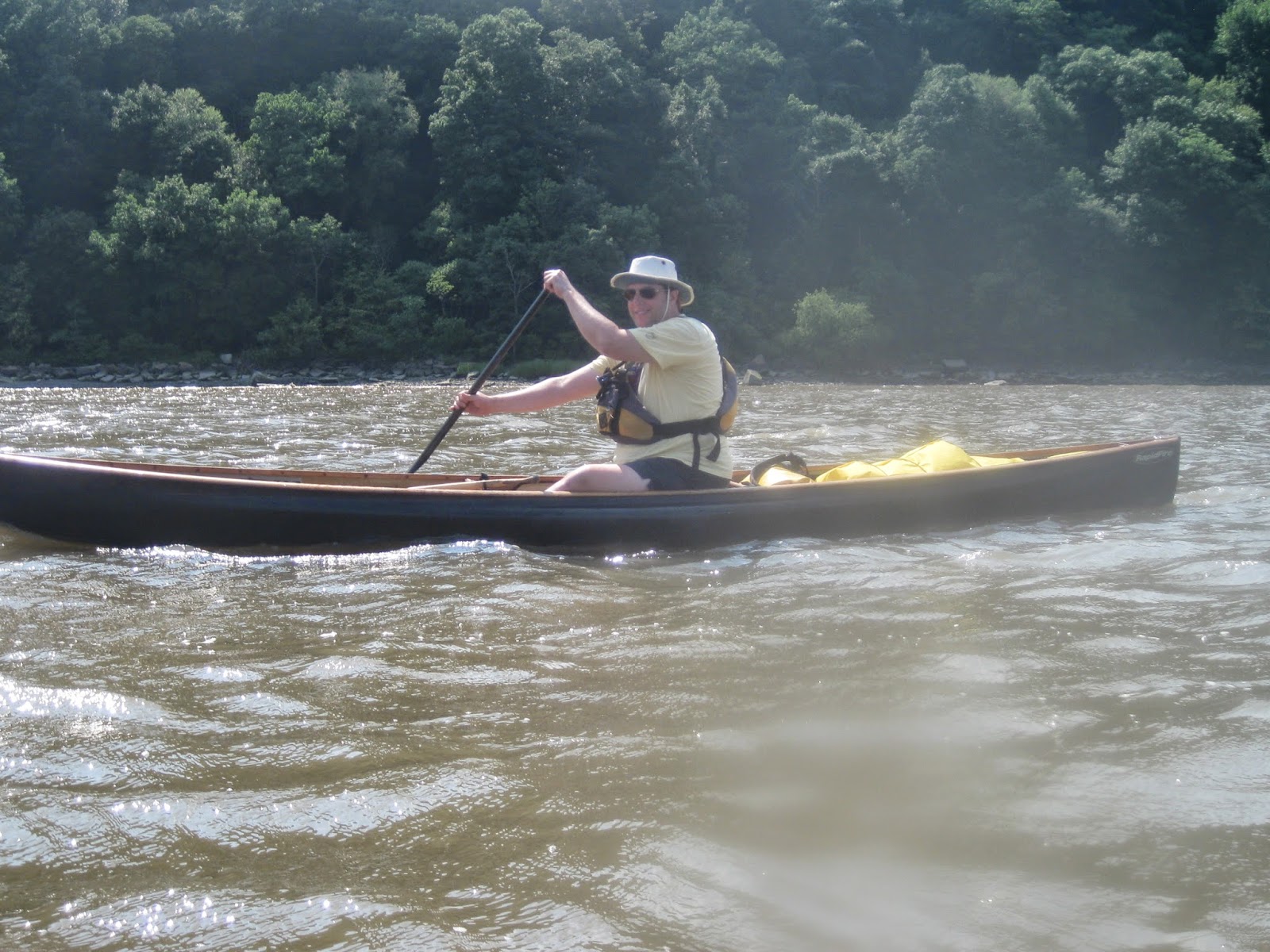 I paddled to Piermont and back with some friends, two in sea kayaks, the third, self-named canoeboy, in his trusty single canoe.

We got a very late start, over an hour after our intended departure time. It was also a hot day. Paddling up the Hudson felt like effort, though we made decent time. We’d all had somewhat long weeks and just wanted a simple paddle, nothing elaborate, no paddle-to-the-maddle effort. That’s pretty much what we got.

Near Alpine marina, I took a roll to cool off, and also demonstrated with MD a paddleshaft Eskimo rescue. B, an experienced canoeist and outdoorsman, was paddling a sea kayak sans sprayskirt. He’s strong, and quick, but still learning the finer points of sea kayaking.

We continued on, running into a lone kayaker who had put in at a park in Yonkers but was not with the Yonkers club. We saw birds of prey circling high over the landslide. We started running out of current and moved closer to shore to catch what little eddy we could. Then, near the fancy homes just above the Italian Garden, we saw a ginormous bird take flight from one tree to the next. He was gorgeous and brown.

Onward we went. The boys really like to push themselves, and while we knew we wouldn’t make it to Piermont pier we decided to paddle as far as we could before returning to the Garden for lunch. We did pretty much just that, enjoying a beautiful sunny summer day.

After lunch, we launched and set out, well rested and well-fed.The wind picked up considerably from the southwest, and pretty soon we had some chop. Fun for sea kayaks, a bit soggy for canoes and open kayaks.

B and canoeboy were very fast and pulled well ahead of MD and I. We ventured farther out into the channel a few times hoping to get some current assist, but had to judge that against the stiff headwind. Eventually, we were so far behind we decided to just go out to play – with the wind on current, there were some 3-4 footers coming in, and we rode up and down, and through, and across most of the way down.

Eventually, our fun came to an end. We saw a barge approaching in the far distance, and went closer to the eastern shore – the conditions tended to push us out, so we wanted plenty of time to make it in. Around the time we got to the Stairs to Nowhere, our friends rejoined us and we made it down without issue, plenty of current carrying us home.