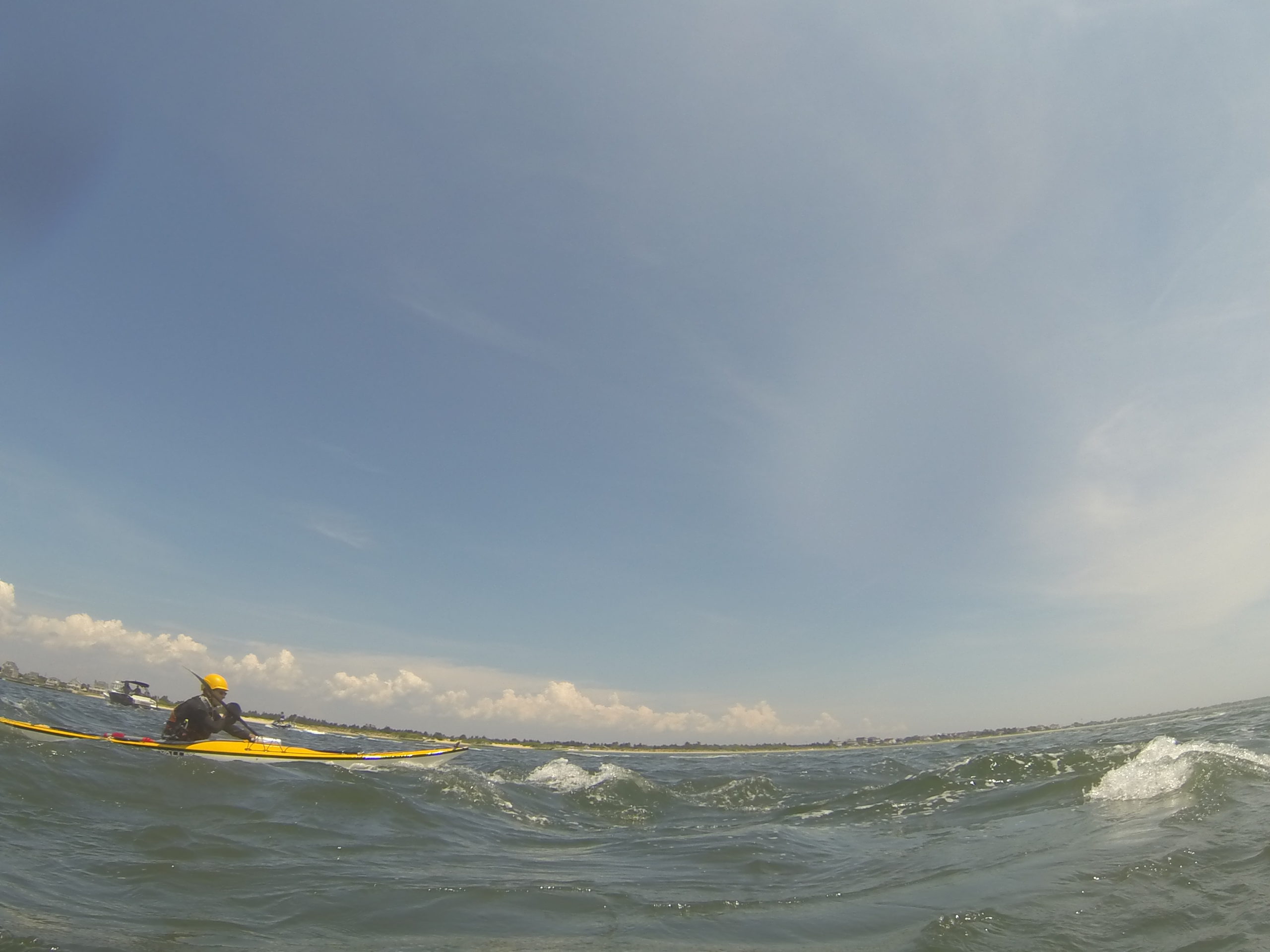 A mutual friend of Mister Cowgirl and myself was interested in sea kayaking on Long Island. NG is a longtime whitewater canoeist, occasional river-runner in a kayak. However, with various concerns over COVID, he’s started to draw back his paddling area of operation to Long Island, and so after some discussion I offered up a friendly session out at Democrat Point.

My usual spot for putting in was buttoned up, so we parked in a larger official-looking parking lot about a mile further east. It meant an extra twenty minutes or so of paddling, but that was fine.

We followed the current down a small fishing channel. The tide was already quite low – various small power boats had landed on a large sandbar, and people were swimming over as well. Jetskis roared around, but we were pretty much left alone.

We came up to a nice recirculating eddy – honestly, my favorite spot.

We played there a bit. I figured it would be a good place for a whitewater paddler to see where the sea was both like and un-like river water. The biggest difference? These dang long boats take so long to turn around!

Later, we would cross the channel and head out to the mouth looking for surf. We landed on the beach for lunch and took a look-see, but there was no surf to be had. That was a bit predictable based on reported conditions, but still something to see for ourselves.

What we did have some fun with was playing with waves that would very quickly rise and get frothy wrapping around the end of a sandbar. It came from two directions, some swell, some chased by wind. I tried to surf around it but the bar was too wide. I did have better luck later carving behind a fisherman standing in the shoals, casting in the opposite direction.