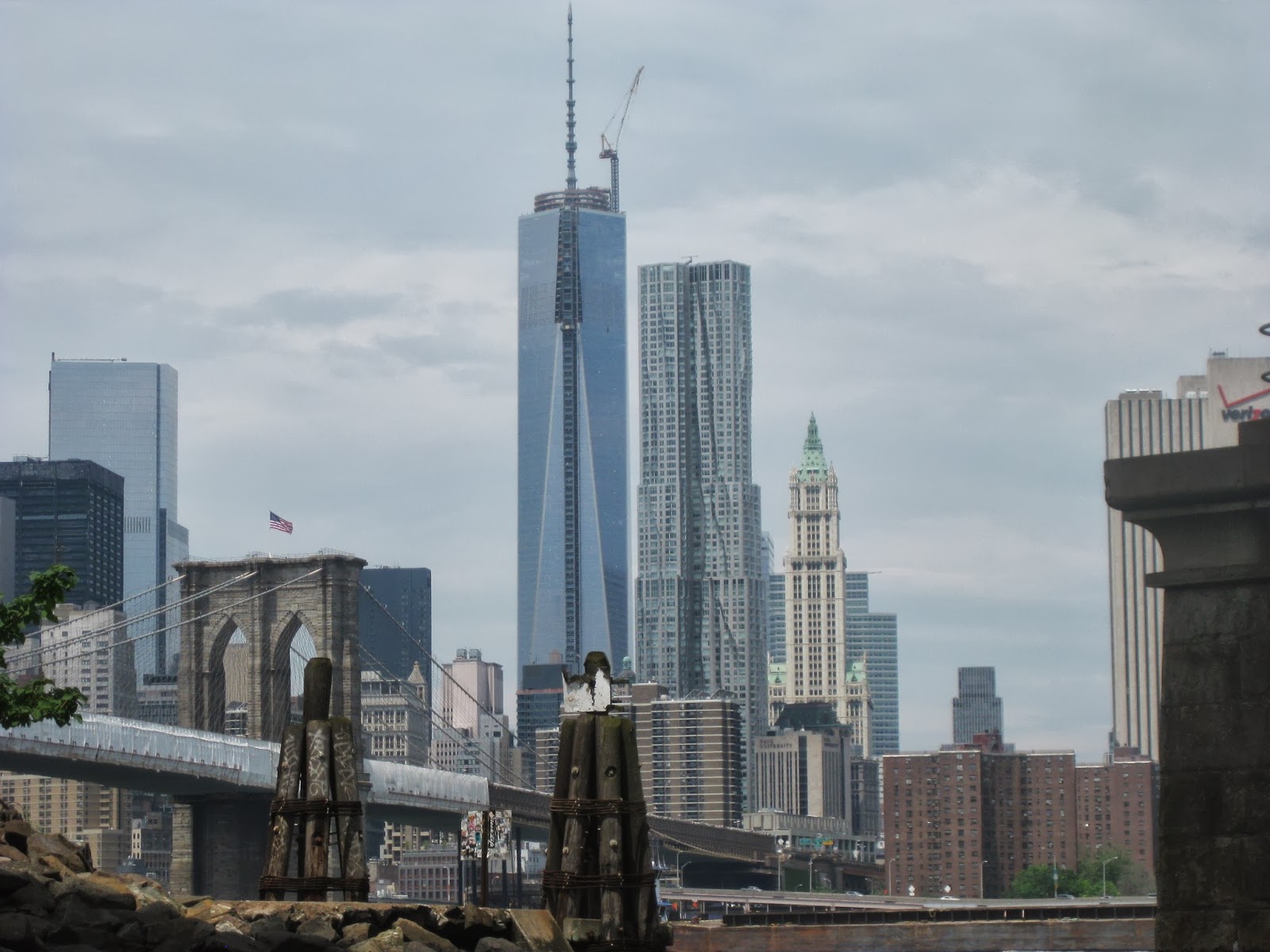 About five years ago, a couple of experienced paddlers took me and another woman along on a circumnavigation of Manhattan. She and I were both relatively new, reliable but inexperienced paddlers. We’d been across the Hudson, and up and down it, but not much else. It was a novel experience, and one that really set in my mind what I love about this sport: a sense of physical achievement, an adventure, and novel horizons. I’ve done other long trips since, but until now, no circumnavigations I organized on my own.

Circs (as I will call them, to lighten the load on my typing fingers) are sometimes scoffed about; familiarity breeds contempt. If you’ve never done it, it’s an achievement; if you’ve done it more than a couple of times, it can seem kind of boring, and kind of pointless, unless you punch it up with variety: clockwise, instead of the easier counter-clockwise; at night; in winter; different stopping points.

I wanted a straightforward circumnavigation, partly to prepare for new members of one of my clubs. I spent a couple of weeks planning it, and eventually had four takers, plus myself, all experienced paddlers. We set out, and I finally got to see parts of the river I had not seen in a while.

The key to any circumnavigation is Hell Gate. This is the point where the East River flows in from Long Island Sound through a narrow channel (Hell Gate), hits Manhattan, and splits, flowing north into the Harlem and south into the lower East River. At flood tide, the opposite is true: water flows up the East River, and south on the Harlem, back though Hell Gate. The current at Hell Gate switches very quickly, and is very strong even at its weakest, and so it behooves those who would cross it to do so at slack.

Another concern is timing the rounding of Battery. This is the lower point of Manhattan, which also has quite a bit of ferry traffic. As the tide comes in from the harbor, it starts up the East River before the Hudson, meaning it’s possible on a counter-clockwise circ to ride current down to Battery, loop around it, and catch current heading north.

Finally, for this particular club, starting in Inwood – the far north of Manhattan – that meant we had to paddle about twelve miles just to get to Battery. Any delays would throw off the schedule.

Altogether, I worked out that we would want to leave Inwood at max ebb, which was about 0900. We’d move past Battery around 1130-1200, take a short break in DUMBO, then paddle up for a longer break at Hallets Cove, waiting for Hell Gate to chill out before crossing and heading home along the Harlem.

The only change we made was that we cut short or layover at Hallets by an hour, partly because people were rested and partly because we were worried about the weather. It was overcast all day, and by 1500, the wind was blowing more steadily.

We flew down the Hudson. There was a steady breeze from the south that made it feel like work, but at a stop it was clear we were still drifting south at a good clip. When the wind picked up, we got some nice waves to play in.

We took a short layover at Pier 96 to get our group together – some of our group were real greyhounds, and too far out ahead. It’s a good thing too – as we crossed ferry terminals, we came to a spot in midtown where four ferries were converging on us at once. We threaded that needle, and made it on down, past familiar sights: Pier 66, Chelsea Piers, Pier 57, and finally, Pier 40, where we worked out our Battery plan.

Crossing Battery was very straightforward. We took a peek around Pier A to see where the Statue Cruises were. After a minute or so it was clear they were still disembarking people, and so would be a while. Traffic was clear on our right. The Staten Island ferry had just departed, and the Governors Island ferry, while in transit, was clearly going to have landed on Manhattan by the time we got to it. We were able to clear each of these major terminals in one straight shot.

As we came around Battery, the next big thing was crossing over to the DUMBO area (Down Under Manhattan Bridge Overpass). As we paddled past a heliport, there was quite a lot wave activity, big, gentle, swells, that started to carry us towards shore – which was not good since that meant piers. We made it out of the chop, and then up to South Street Seaport, where we waited a bit for traffic to clear before crossing.

Crossing was a bit more work than I had expected. The current was flooding north strongly, and so it became a ferry crossing. Also, the river bends a bit, so we had to ferry more, to ensure we hit the far shore before the river turned. We stopped under the Manhattan Bridge, where a couple of people got out to use facilities, and we decided the details of our next stage.

We paddled up the East River for a bit, passed by barges and pleasure boats periodically, but otherwise unmolested. We passed the Dominio Sugar sign, a couple of ferry terminals, then Long Island City, and the Pepsi Cola sign, before heading alongside Roosevelt Island towards Hallet’s Cove, by Hell Gate.

There, we had a lengthy layover. While we watched the LIC Boathouse program run off the beach there, we took in a sculpture garden and had lunch. One of our team called his girlfriend and made a run at the nearby Costco.

After rest and replenishment, we were a little restless and so crossed Hell Gate sooner than planned. This was OK; the current was still flooding north into the upper East River, but not extremely so. We made a ferry crossing, landing at Mill Rock before paddling north a bit against the current in the Harlem.

Once there, we progressed steadily into familiar territory.

We took a short break at Sharp boathouse, before heading on around the bend and out into Hudson. Once there, we were greeted by significant wind blowing against a slack-ish current. This was fun, but presented a little work on the way back. If I have to deal with wind, head-on is not a bad way to go.

By the end, we all felt good, as if we could go for more, but knew our journey had come to an end. We washed boats, talked about the trip, talked about other trips, and relaxed. Afterwards, I finished off the day with a big medium rare burger and friends and pints at Le Cheile, a neighborhood pub.

It was a good trip, very fast, with a strong group of paddlers. I’d like to try it with less experienced paddlers, if only to see what is challenging. Hopefully we’ll have some takers by the end of the summer. A minimal skill level is required, but mostly pre-emptively. It’s preparation.

This was the first circumnavigation that I planned and led. I was happy with the results and feel like I’ve met another milestone in my kayaking career.