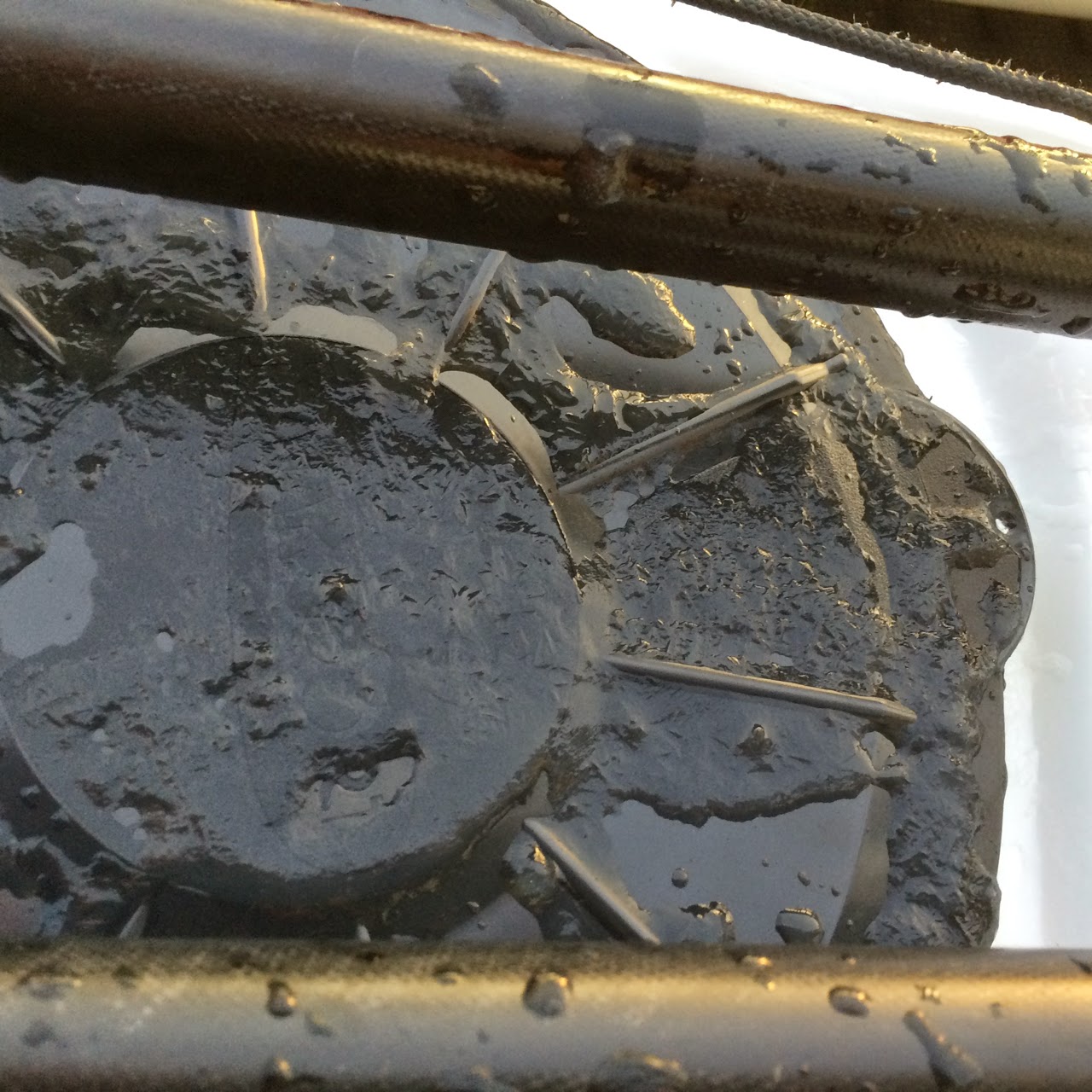 In winter, the water is cold. Hence, most people conflate the two: when we talk about cold water paddling, people often think of winter. However, the two are separate yet related.

Following some discussion with my paddle-mates and my coach, I thought it would be helpful to share some of our experiences and research.

Cold water paddling can occur year-round, depending on location. In more northern climes, water may be technically cold (less than 62 F) year-round, and colder in periods shortly before and after winter. Paddlers in Scotland, Maine, and the Pacific Northwest wear paddling suits or drytops nearly year round, because the water rarely exceeds the 50s F.

Cold water paddling can occur when the air is relatively warm. The challenge there is keeping dry, and warm in the event of immersion, but not overheating while paddling. I’ve run into this in April and October, when the seasons change.

One common anecdote is that the months of early Spring – March and April in the northern hemisphere, September and October in the southern hemisphere – are the most dangerous, because casual paddlers assume warming air temps belie warmer water temps. In fact, the water takes longer to warm, and to cool, with the seasons. Paddling seasons extend into the fall, but don’t really start till the end of spring, in most locations.

The challenges in cold water paddling are managing hypothermia and cold shock. In water, we lose heat twenty-five times faster than in air. Cold water exacerbates the issue, and even out of the water, being wet continues to chill us. Cold shock occurs when we are suddenly cold, and gasp in shock: not a good thing to do underwater. Staying dry, having the tools to get dry and warm up, and avoiding situations that could put us in danger, are key. Going out in a group is preferred; with three or more, one person can support a casualty while the third raises help.

Paddling and immersion in cold water have non-catastrophic effects as well. Cold hands lose dexterity, making it harder to operate things like: hatch covers, carabiners, ropes, mobile phones and radios, and fasteners on PFDs. This can make rescues and self-rescues challenging. Pulling your self up on your back deck, or scooping a buddy, can be more difficult when your fingers can barely bend.

In winter paddling, all the challenges of cold water are present, compounded by additional factors. The water is very cold – water temperatures in New York City have recently dropped below 40 F. The air temperature is even less forgiving, dropping into the 20s F, or lower on bad days. Wind compounds this. An unfortunate paddler who gets wet will be very cold in and out of the water.

On our last trip, I felt sufficiently warm, but I had more layers than I’ve ever worn before underneath my drysuit. The air temperature was 26F and the water was 39F, with winds from the SSW less than 5 mph. I had a light sweating layer, a one-piece wicking layer, wool pants, a synthetic long-sleeve running top, and a heavy wool sweater – that’s one thin layer and two thick layers for my whole body, with a USMC surplus sweater on top. On my head I had a balaclava, and on my hands I had gloves covered by pogies.

With all this I was actually comfortable, but I could still feel the cold – and this was on a nice, sunny day. On the way back, the wind picked up just a little bit, and the sun sank lower in the sky, and I was starting to feel a chill as we approached Pier 40. If Id been out much longer I would have been too cold to do much of anything.

While I haven’t done immersion in January, I did in December, when the water was warmer by about seven degrees Fahrenheit. I was good for about two or three dunkings, but believe me I felt it. Practicing rescues for speed might seem like a lark on flatwater in summertime, but in the winter, getting someone out of the water quickly is vital.

Another hazard with winter paddling is ice. There wasn’t any ice on the river itself in our last trip, but this time last year there was – and I didn’t go out for the hazard. On this last trip, we observed thin, breakable ice in the marina.

Here is a great writeup on winter paddling. Here’s one for ice, in particular:

The hazards with ice have to do with propulsion and entrapment. I’ve seen firsthand that when the water is full of ice, you’re paddling less than poling through the water. Entrapment works horizontally and vertically – you might navigate into an area that is later blocked off by ice, and in the event of capsize, you might find yourself inches from the surface but partially trapped by a sheet of ice.

These are extreme examples, but real possibilities. Most terrible incidents on the water are a result of bad judgment: over-estimating skills, or under-estimating nature. To quote one of the instructors I’ve worked with, “nature will win.”. All we can do as paddlers is negotiate the margin of that win.

Ice can also form on your gear. While it’s worth a giggle, it could be problematic if you actually needed it.

I kit out a contact tow, and what I noticed was that the entire slipknot was covered in ice, making it hard to pull loose, even once we’d landed and were undressing our boats to put away. Next time, I’ll use a longer lead, and consider a thicker line that will be easier to grab when I can’t close my fingers easily.

I posted a note once to a club about winter paddling, and one of the responses was, essentially, why take the risk? The point here is not the emphasize dangers, or to “scare straight” anyone interested in cold water or winter paddling.

Cold water is simply a fact of life in some places – you won’t paddle at all if you can’t manage the temperature. Winter paddling has its own charms, much in the same way as snowshoe hiking or mountaineering do. Being properly prepared is simply the bar for admission.