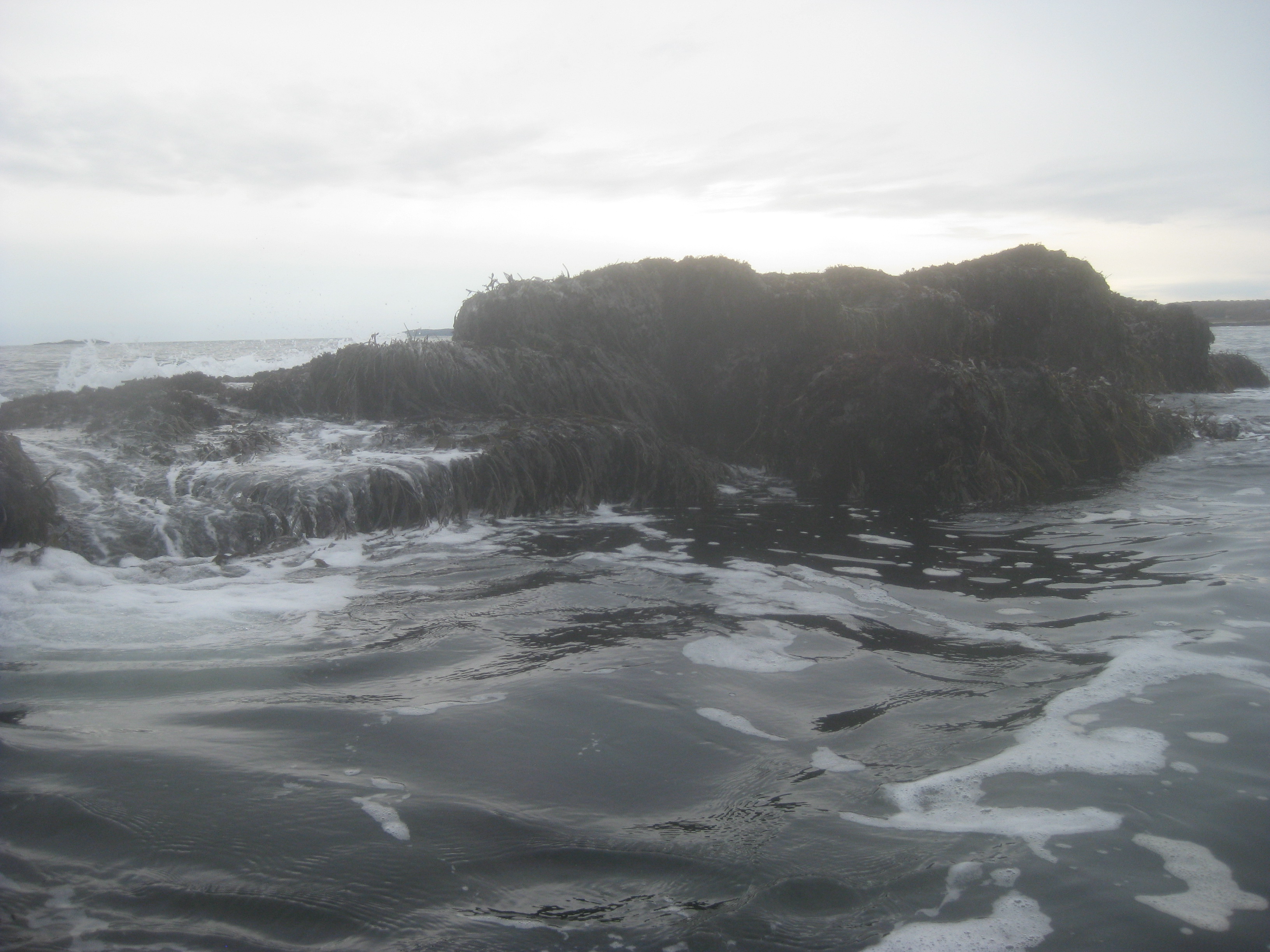 There’s a sea kayaking symposium I’ve attended for a few years now, first as a participant, and the past two years, as a coach. It’s in Maine every fall, and this year felt a bit extra-special since I recently qualified for a British Canoeing Sea Kayak Coach award. Additionally, despite our automotive trouble on the way back, Mister Cowgirl and myself had a pretty good weekend paddling along the rocky coast of Maine.

My role as a coach was to stay with a single group through all three days of the symposium. People are more-or-less put into a “sorting hat” and grouped into pods; some transfer in, some transfer out, but for the most part they paddle together through the whole series of days, working with a different pair of lead coaches each day. Mine was the consistent face to work with them progressively, and keep the other coaches up to date on what the group was keen on.

On our first day, we set out from a local state park. It was a generally benign day, overcast, but not much in the way of conditions. Fortunately, our area of operation had several options for play.

For example, while the water near the beach was rather placid, a nearby tidal pool was known to drain out to sea, and provided some invigorating current to play in.

One of the things I’m practicing is looking for areas that offer a range of challenge. Maybe a given feature is too much, or too little, for a student, or maybe it’s fickle. Even students who are more-or-less in the same stage of development may have slightly different tastes for risk. The nice thing about that tidal pond is that as it drains, it broadens out into a little delta, so there are varying shapes and strengths to the current for everyone to play in, and they change over time.

Of course, some people form their own challenges. Our lead coach that day stood up in his kayak (something I can do) in moving current (something I have not done).

Afterwards, we played around the outer ledge, a large rock island that had various slots and cliffs. We’d actually perambulated around it early on, but on this second pass, the water level had gone down. I managed to paddle into a narrow slot with a bit of a trick, given the incoming swell at a quartering angle.

Day Two brought us down through Knubble Bay. We’d set out from an AMC camp and paddled north towards Beal Island. The idea was that we’d play with ferry glides and eddies to work our way up against the current, then ride back down with it.

That worked out pretty well. The current was strong, but not overpowering, and the little island we played at offered easy shelter to try, try, try again.

Further down, the water level dropped and it started to form an inverted Y, with another small island to play from.

Finally, at Gooseneck Passage, we had a set of vortices to play in and peel out in.

We wrapped up the day by paddling down past MacMahon Island, into flat waters disturbed by not even ocean swell, and finished up the day at Five Islands.

Day Three finally brought us something approaching conditions. An offshore weather system was kicking up some powerful winds, near us they’d be on the outer edge of Force 4. Swell would be kicked up too, and with an ebbing current, there’d be plenty of interesting water.

We started at Five Islands – and ended there later – using the larger islands to shelter from the wind and then go out into it. First we stayed and played out of one spot at the northern end of the island, but then stepped out and paddled down a bit, working out a circuit to surf a bit down-swell along the flat face of the island.

I spotted a slot or two and had an idea.

Backing into one of these slots wasn’t especially difficult. The only trick was that the environment would continue to cock the part of the boat that was still exposed to left, so it was a bit of a curved entry. In and out, forwards and back, and at times I was even able to ride some swell in or out.

We eventually got up to five people, and their kayaks, into one of these slots, which went quite a ways back.

On around we went, passing through a wider slot in the south where the incoming swell produced a dramatic set of waves that would break up before sluicing through the gap. Paddling through the gap and out worked. Then we spied another group or two paddling some downwind waves into a larger gap between two of the five islands. We paddled over and had a ride or two.

We may have had an out-of-boat experience or two, but I missed it, as I surfed in at the lead and served as a sort of rally point for our group. It was a fun ride – the biggest wave I had all weekend, and I’m pretty sure it was taller than me!

As this last day was a Sunday, and the weather prediction was worsening, we called things to a close a little earlier than the previous two days. We huddled by some picnic tables and reviewed the day, and also the entire weekend.

It occurred to me I was in a unique position to tie the three days together. I remember coming as a participant and just taking each day as it came, and feeling like it was a bit of a smorgasboard. Yet, with this group at least, at this particular symposium, there was actually a throughline or two in what the group had set out to do, and done, over the weekend, all revolving around using the environment to control their boats.

Every time I paddle in Maine, I learn something new. Each time I attend the symposium – I think this might’ve been my fourth – I learn so much from other paddlers as well as the “big name” coaches. I expect I’ll go again, and surely I’ll continue training in Maine. I certainly look forward to my next rendezvous in Maine.